Sniffing Out Fakes: From Saffron in Marrakech to Digital Certificates 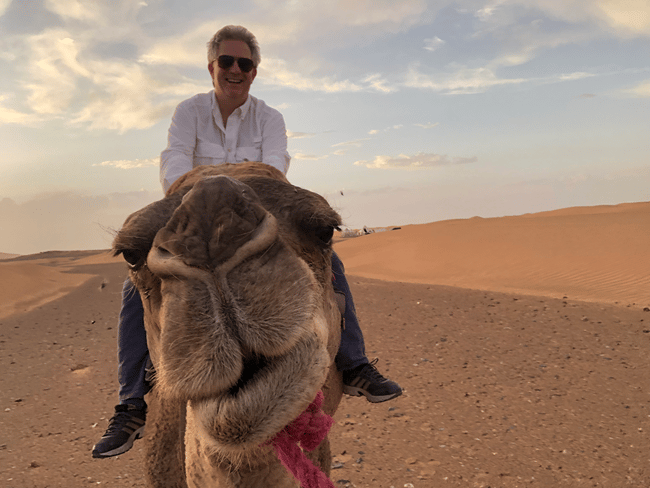 I’m writing this blog from Marrakech, a city in the western foothills of Morocco’s High Atlas Mountains. Marrakech has been a trading city since it was established by a clan of Berber warriors (the Almoravids) in the 11th century. The heart of the city (where Joann and I are staying) is the medina, a densely packed, walled medieval city with over 9000 maze-like alleys full of noisy, chaotic souks (marketplaces) that sell everything from traditional textiles, pottery, and jewelry to food and spices to motorcycle parts. There is probably nothing you can’t buy, either legal or illegal, in the Marrakech medina. 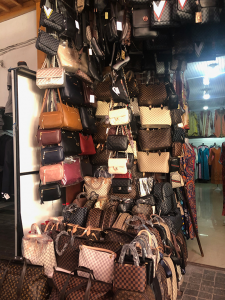 Like all unregulated marketplaces, the Marrakech medina has its share of fakes and counterfeits. Some are very obvious (Armani bags for $50), some are highly amusing (need an official Louis Vuitton football anyone?), and some are subtle. But the one fake that really interested me was counterfeit saffron.

If you aren’t familiar with saffron, it is a vivid crimson spice created by collecting the stigma and styles from crocus flowers. According to Wikipedia, saffron is the world's most costly spice by weight. I won’t disagree: the saffron we ended up buying in the medina cost $6 USD per gram, but we heard of some higher quality stuff selling for over 4 times that price.

Now, at those sorts of prices, it isn’t surprising that some crooked merchants might start making fake product to swindle the unsuspecting consumer. Joann and I wanted to learn a bit about both the real and the fake saffron, so we spoke to a reputable spice merchant in the souk. He showed us both the real and fake product and what he looks for when buying wholesale.

I won’t go into the details of selecting good authentic saffron in this blog, but the fake stuff fascinated me. While there are some good fakes that require pretty sophisticated testing, many fakes are easily spotted impostors. These are made by simply dying corn silk with either red food colouring or paprika. The tests to spot them are simple, as this Youtube video shows.

This got me wondering: how can it be profitable to make and sell such poor quality fakes? After all, if one can detect them so easily after a few minutes of education, wouldn’t anyone selling these fakes be immediately discovered and never make a sale? (Or much worse: in Middle Ages, those found selling adulterated saffron were executed under the Safranschou code.)

Sadly, there must be a large enough cohort of people (aka tourists?) that buy saffron without knowing the first thing about it. Or, to put it another way, clearly counterfeit saffron doesn’t need to be a quality imitation to be an effective scam, it just needs to be good enough to fool a person that lacks either the knowledge, time or incentive to perform the simple tests (such as a tourist in a rush to get back to a tour bus).

Later that night I realized that the cybersecurity world has been seeing this same situation playing out in the area of digital signatures for executable files (aka code signing). In 2017, Doowon Kim, Bum Jun Kwon, and Tudor Dumitraș at the University of Maryland published a paper investigating malware that carried digital signatures.

Some of the malware they investigated had been digitally signed with keys stolen from legitimate companies: Stuxnet being the most famous example of this sort of trickery. In other cases, malware was signed using certificates that had been mistakenly issued to malicious actors impersonating legitimate companies. For example, in 2001 VeriSign issued two code signing certificates with the common name of “Microsoft Corporation" to an adversary who claimed to be a Microsoft employee. Both of these types of exploits require a considerable amount of expertise and effort to carry out.

However, the authors discovered a third unbelievably simple exploit that accounted for almost one-third of the signed malware in the wild. In the words of the authors:

This is the digital equivalent of the border officer that lets you pass simply because you have a passport in your hand. Not taking the time to see if the passport actually belongs to you completely invalidates the integrity of the passport system.

Now, in all my travels, I’ve never actually seen a border officer do this. They are trained to follow the approved validation processes that ensure all but the most skillfully constructed fake passport is detected.

But, like saffron purchasers, much of the IT and OT world has been assuming that the mere existence of a digital signature is proof of that software being trustworthy. This is a terrible assumption that allows malicious actors an easy attack path. Unless we start to properly test software signatures, the bad guys will penetrate our systems just as quickly as the scam artist in the medina separates tourists and their money.